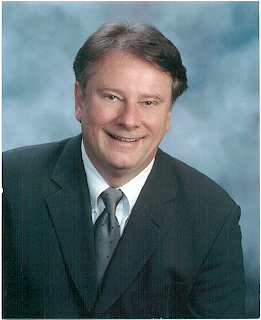 Our cover story this month draws needed attention to the myths surrounding palliative care. Much like hospice, palliative care is not being fully utilized within our nation’s healthcare system due to sheer misunderstanding on the part of patients and physicians. As the author notes, there are nearly one million patients who are dying in hospitals or other institutions each year who are unaware of the palliative care services available to them—care that would not only help them, but would also reduce hospital and pharmacy costs.


While it’s certainly our collective responsibility to help educate our communities about palliative care, we are missing a very important opportunity if we don’t do more—if we don’t expand into palliative care ourselves. In one of my first conference plenary addresses as president/CEO of NHPCO, I urged members to “think outside the Medicare Hospice Benefit box” and explore palliative care as a pathway to earlier referrals. I was not asking members to do something I had not done myself. While president/CEO of a hospice program in Buffalo, I was one of the first providers to integrate palliative care into our continuum of care and saw firsthand the many benefits of such expansion.


Today, with healthcare reform very much a reality and with CMS now looking at ways to serve more Americans more cost effectively, there is even greater reason to expand our expertise into other cost-effective services. Palliative care is a natural fit for hospice providers.


Opportunities at the National Level


This month’s secondary feature recaps findings from NHPCO’s recent Economic Impact Survey. Understandably, most programs reported a reduction in revenue, with reasons ranging from reductions in average daily census to expected reductions in philanthropic contributions and changes in payment rates. First, on behalf of NHPCO, my thanks to all of you who took time to respond. Secondly, NHPCO hears you.


While NHPCO can’t address all of the factors that are impacting your bottom line, we are committing significant resources to the one that poses the greatest threat to the majority of members—Medicare Hospice Benefit rates. In partnership with The Alliance for Care at the End of Life, protecting these rates remains our top priority (see page 16 for an update on our advocacy efforts). However, we are also exploring other ways to improve your bottom line through expansion of the Benefit. NHPCO’s Public Policy Committee recently approved two potential demonstration projects to examine concurrent care and transitional care, both of which would enable hospice providers to build relationships with patients and families earlier in the illness trajectory and, in so doing, improve hospice utilization.


A favorite expression of mine reminds us that there are, indeed, many paths up a mountain. In today’s hospice environment, we must be open—and willing—to explore them all.

As Congress prepares to depart Washington for the July 4th District Work Period, health care reform activities refuse to wind down. Higher than expected cost estimates by the Congressional Budget Office (CBO) sent Washington into a flurry of activity over the past few weeks, as stakeholders try to rein in the price tag associated with the reform effort. Here’s what’s been going on:

The President
President Obama continues to reiterate his two goals for the overhaul – reducing overall health care costs and covering the uninsured. At the same time, the President has demanded that larger members of the health sector come up with their own savings to pay for the plan, and the pharmaceutical industry responded this week with $80 billion over 10 years.

Senate Activity
The mark-up of the proposal drafted by the Senate Finance Committee, the committee which was previously out in front on health care reform, has stalled due to the lack of a bipartisan consensus. Chairman Max Baucus and the committee staff continue to work around the clock to refine their bill to gain support on both sides of the aisle.
The Senate Health, Education, Labor and Pensions (HELP) Committee was been holding a week-long marathon of a mark-up on its proposal. NHPCO has been asked by Committee staff to comment on proposed amendments that would expand efforts to increase utilization of Advance Directives. This mark-up is expected to continue through the week, and may need to reconvene after next week’s District Work Period.

House Activity
Late last week, the committees of jurisdiction in the House of Representatives released a nearly 900-page draft of the House health care reform proposal. Buried in that draft document is a reduction in the productivity factor, which amounts to an across-the-board rate reduction for all Medicare providers. This is an early draft of one Chamber’s proposal, and we don’t know whether it will come out in the final package. We are still combing through the hefty document to determine if there are other provisions that might impact hospice.
The Ways & Means Committee continues its hearings on health care reform this week, and is expected to begin mark-up of the proposal after the District Work Period. The Energy & Commerce Committee heard testimony from Department of Health & Human Services Secretary Kathleen Sebelius this week and also continues hearings on health care reform.

NHPCO
ABC News hosted a Healthcare Reform Town Hall Meeting on June 24, at the White House. The program was moderated by Diane Sawyer and Charlie Gibson and featured a cross section of Americans asking President Obama questions about healthcare issues as they relate to their personal needs. NHPCO provided information on end-of-life care to ABC News producers, and helped the news team covering this town hall meeting to find additional professional contacts in the field.
NHPCO and the Alliance for Care at the End of Life continue to be in contact with the key Committees of jurisdiction, and try to advance end-of-life care proposals that would pave the pave the way for modernizing the Medicare Hospice Benefit in the future. Check out of the proposals endorsed by NHPCO in recent weeks.
Please stay tuned for future health care reform updates. The President continues to push for passage of bill by the end of the summer and the coming weeks will be full of activity as the various Committees of jurisdiction try to meld their proposals together and pass their bills.

New Health Care Reform Resource Center
Please visit the new Hospice & Health Care Reform Resource Center. There, you can find our current and past updates on health care reform activities. You’ll also find what we are sending to the Hill on hospice and health care reform, and many other valuable resources.
Providers with questions may contact NHPCO's Public Policy Team at advocacy@nhpco.org.

(Alexandria, VA) – Today, 3,524 hospice providers from across the country sent a letter to President Barack Obama urging him to stop cuts to the Medicare hospice benefit beginning on October 1, 2009.

The cuts threaten to jeopardize availability of the compassionate and high-quality care that 1.5 million patients and their family caregivers receive from hospice providers each year.

In addition to the letter, more than 500 providers of the hospice community submitted comments to the Centers for Medicare and Medicaid Services (CMS) on how the cuts will cause them to decrease services, reduce staffing, and in some cases, close their programs.

This follows two Congressional letters sent to President Obama by 45 U.S. Senators and 171 U.S. Representatives, demonstrating that he has strong, bipartisan support to stop the cuts in hospice funding.

The cuts come from a 2008 federal rule that eliminates a component of the Medicare hospice benefit known as the budget neutrality adjustment factor (BNAF). Members of the hospice community have been calling and emailing the Administration requesting that implementation of this rule be stopped.

“The sheer number of hospice programs represented by this letter and those recently sent by Members of Congress should send a strong message to the White House about the urgency in stopping these cuts,” said J. Donald Schumacher, president and CEO of NHPCO.

Earlier this year, President Obama and Congress approved a moratorium on the hospice funding cuts that expires on September 30, 2009. Without further action, hospice reimbursements will drop by 3.1 percent, leaving hospice programs, particularly smaller and rural ones, facing cutbacks in services and possible closure.

Hospice is a proven Medicare cost saver. In 2007, an independent, Robert Wood Johnson Foundation-funded study by Duke University found that hospice reduced Medicare costs by $2,300 per patient, saving more than $2 billion per year.

Hospice is also considered to be the model of high-quality care at the end of life. Research from NHPCO shows that 98 percent of families served by hospice are willing to recommend its care and services to others.

ABC News will be hosting a Healthcare Reform Town Hall Meeting this evening, June 24, at the White House. The program will be moderated by Diane Sawyer and Charlie Gibson and will feature a cross section of Americans asking President Obama questions about healthcare issues as they relate to their personal needs. NHPCO provided information on end-of-life care to ABC News producers and helped the news team working on this town hall meeting to find additional professional contacts in the field. A special thanks to our members who assisted with this effort.

While we don’t expect to hear from a hospice patient or family member in this town hall meeting, a good deal of content has been provided and the value of hospice has been expressed by the news team. We hope there will be further attention that focuses on the important work that we are all committed to. As providers of hospice and palliative care, we understand the importance of end-of-life care in healthcare provision and NHPCO is committed to making sure this critical topic is included in discussions of healthcare reform.

For those interested in this general town hall meeting, we encourage you to watch the program on your ABC affiliate station; the program is scheduled to be broadcast live at 10:00pm ET.

The rates for hospice will be cut by 3.2% in October, and an additional 1% the following year unless CMS halts its plans to phase out the Budget Neutrality Adjustment Factor (BNAF) in the hospice wage index. Have you done everything you can to tell CMS to eliminate this rate reduction? Did you know that CMS has received NO comments from providers so far on this proposed rule? Regulators could take this lack of response from the hospice community as an indication that rate cuts will not present any problems for providers.

Act now…. Time is short...Comments are due next Monday, June 22...Tell your story about how the rate cut is affecting you and your hospice program. Here’s how...

How You Can Help

Review the talking points below and submit your comments on the proposed rule to CMS. When preparing comments, please refer to file code CMS-1420-P. Comments must be received no later than 5:00 pm on Monday, June 22, 2009.


Electronic Comments:
The fastest and easiest way to submit comments would be electronically; visit http://www.regulations.gov/fdmspublic/component/main?main=SubmitComment&o=0900006480968c04 and follow the instructions to comment. Make sure you reference the document number: CMS-1420-P.


Written Comments:
You may mail written comments to the following address ONLY. Please allow sufficient time to ensure that mailed comments are received before the close of the comment period.

Express Mail:
You may send written comments (one original and two copies) to the following address ONLY.

CMS proposes to continue its phase-out of the BNAF over the next two years, with a 75% reduction in FY 2010 and a complete phase-out in FY 2011.

NHPCO will submit comprehensive comments but that is not enough. It is imperative that Regulators hear from members of the hospice community. It is especially important that you explain the impact these rate cuts will have on staffing and patient services.Thank you for your ongoing efforts to protect hospice!
-###-
Note: NHPCO Regulatory Team issued a comprehensive Alert and Call to Action on June 9 that goes into more detail and looks at some of the broader issues. That alert is available on the NHPCO Web site.

For more information visit, http://www.nhpco.org
Posted by NHPCO at 10:00:00 AM No comments: