It’s All About Getting the Care You Want

To twist a familiar expression attributed to Benjamin Franklin: “In this world nothing can be said to be certain, except ‘life’ and taxes.” I only wish people would put as much effort into planning for their future healthcare needs as they do on their annual tax returns. As we near tax day, I hope that we can all pause to consider or re-consider our health care wishes.

Advance care planning is not about the end…it’s about having heart to heart conversations with our loved ones, talking about our values, priorities and wishes.  It’s about documenting those wishes in an advance directive and sharing that with friends, family and healthcare providers so that we will get the care we want should we not be able to speak for ourselves. It’s about giving a gift to our loved ones who will know what’s important to us long before we ever face a serious illness or medical emergency.


All forms of advance directives – which can include a living will, healthcare proxy or health care power of attorney, or even a POLST or MOLST form from our physician – are tools one can use to make healthcare preferences known and help ensure we get the care we want.


These conversations and an advance directive do not have to be done in a lawyer’s office, but can take place around the kitchen table or in the family room, during calm times, not in the midst of a healthcare crisis.

A recent bipartisan report from The Aspen Institute Health Strategy Group, “Improving Care at the End of Life,” offers five big ideas to improve care during this challenging time and will help take away some of the fear about having these important conversations. I support the five ideas, particularly the concept of “building the development and updating of an advance care plan into the fabric of life.”   This includes the integration of advance directives and planning tools into smart phones, and utilizing employee on-boarding and insurance sign-up periods to provide advance planning tools and allow individuals to execute an advance directive.


Like taxes, these conversations can be difficult to begin but once we have, we’ve already gotten over the biggest hurdle. 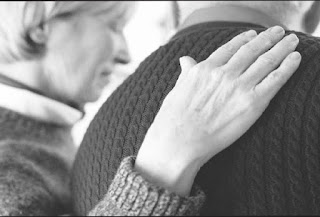 In the report, the Commission recommends that “Congress should eliminate the update to the hospice payment rates for fiscal year 2018,” which is consistent with previous MedPAC recommendations.

It is important to remember that Congress must take action for a MedPAC recommendation to be implemented, which it has not done in recent years.

Learn more about the hospice chapter from the  Hospice Action Network blog.

Listen to NHPCO's Podcast, Episode #12 to here more about the report's focus on live discharge. 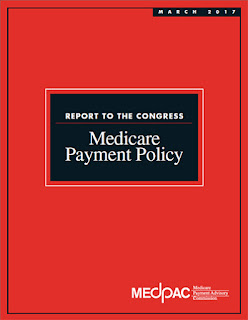 The Centers for Medicare and Medicaid Services has contracted with StrategicHealthSolutions, LLC as a Supplemental Medical Review Contractor (SMRC) for a review of patient GIP stays. (NHPCO members will find a Regulatory Alert offering further information on this GIP claims audit.)

Many hospice providers have asked for clarification about the role of the Supplemental Medical Review Contractor. What follows is some basic information about SMRC.

As the Supplemental Medical Review Contractor (SMRC), StrategicHealthSolutions, LLC has been contracted by CMS Center for Program Integrity to perform and/or provide support for a variety of tasks aimed at lowering the improper payment rates and increasing efficiencies of the medical review functions of the Medicare and Medicaid programs. One of their primary tasks will be conducting nationwide medical review as directed by CMS. The medical review will be performed on Part A, Part B, and DME providers and suppliers to determine whether Medicare claims were billed in compliance with coverage, coding, payment and billing practices.

The selection of topics and time frames to be reviewed is determined by and at the direction of CMS. The focus of the projects may include, but are not limited to issues identified by Federal agencies, such as the Office of Inspector General (OIG), Government Accountability Office (GAO), CMS internal data analysis, the Comprehensive Error Rate Testing (CERT) program, professional organizations and First-Look Analysis Tool for Hospital Outlier Monitoring (FATHOM) report and Program for Evaluating Payment Patterns Electronic Report (PEPPER). The SMRC is conducting medical review based on the analysis of national claims data versus data that is limited to a specific jurisdiction as performed by Medicare Administrative Contractors (MACs). Unlike the MACs, the SMRC does not perform claim payment functions. 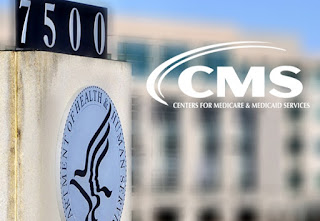 I’ve completed my first official week as President and CEO at NHPCO.  I am honored to lead the organization at this important time of change, and look forward to working together.

Over the next several weeks and months, I will be learning more about your needs and the ways we can best serve you in the important work you do in your communities every single day.  I look forward to telling your stories to consumers, caregivers and policy-makers and expanding awareness of your dedication and skill. Together, we will build on the strong foundation of hospice and palliative care to grow innovative and compassionate care programs that will serve all in need.

As I begin my tenure working with you and for you at NHPCO, National Hospice Foundation, and the Hospice Action Network, it seems fitting to reflect on the guiding values of this organization:
Please know that I take these values seriously and they will serve me and the entire team as we work together towards the bright future I see ahead of us all. A future that will not be without challenges, certainly, but I know that we can meet these challenges together as we strive to provide the highest quality care for those in need of our services and care.

I’ve been fortunate to meet a number of NHPCO members during my first week and I know this will continue.  I look forward to meeting you at our upcoming Management and Leadership Conference on May 1 – 3, 2017 at the Washington Hilton. If you have not already registered, I hope you’ll consider joining us. This will be a great opportunity to get to know each other better.

I look forward to our work together. 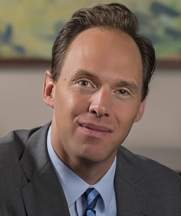