Determining what aspects of care hospice providers are responsible for has become an issue of growing importance in recent months. NHPCO is working to help hospice providers with resources that will clarify what many considered a complex issue.

As part of NHPCO’s efforts to help providers understand the issue involving terminal prognosis, the organization has created a new 10-minute, online video that discusses the topic in an engaging format that will appeal to all hospice staff.

“As providers of hospice care, we must properly frame the way we think about and characterize our patients and the scope of our responsibility in providing care to them, providing a comprehensive and accurate picture that validates each patient’s eligibility for hospice care by focusing on the basis for their terminal prognosis,” said J. Donald Schumacher, NHPCO president and CEO. 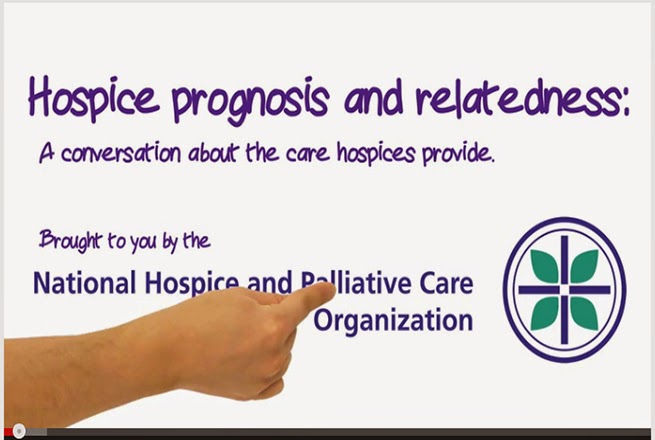 On Monday, NHPCO notified members that legislation was expected to move through Congress which would permanently correct the flawed Medicare reimbursement formula for physicians (known as the SRG or "doc fix). Monday's policy email alerted you that the package could be partially offset by an across-the-board reimbursement cut to post-acute-care providers, including hospice, in FY2018. The cut would come in the form of a cap of 1% (before statutory reductions) for the inflationary adjustment, or "market basket," for that fiscal year.

The legislation, H.R. 2 - the Medicare Access and CHIP Re-authorization Act of 2015, overwhelmingly passed the House of Representatives today and is expected to be taken up by the Senate as early as tomorrow.

While some Senators have expressed concerns about portions of the bill, it is expected to pass that chamber and President Obama has expressed his intention to sign the bill into law. If the Senate does not consider the bill tomorrow, it is anticipated that it will as soon as the chamber returns from a two-week recess, during the week of April 13.
Posted by NHPCO at 1:25:00 PM No comments:

Among their many contributions to society, professional social workers help us discover our potential as human beings and help us improve our lives and those of our loved ones. There is no better example of this than the dedicated professionals who work in the hospice and palliative care field.

Each and every day, they help patients and their families live fully— and find peace and dignity—during the most challenging stage of life.

NHPCO and members of our National Council of Hospice and Palliative Professionals are proud to recognize these dedicated colleagues during National Social Work Month.

NHPCO encourages members to visit the Web site of the National Association of Social Workers for information and resources about this national observance: www.socialworkers.org.
Posted by NHPCO at 3:31:00 PM No comments:

You can make a difference for people facing life-limiting illnesses by turning your passion into a fundraising opportunity to support hospice.

Do you enjoy participating in mud runs or marathons? Do you like baking? Instead of receiving presents at a special celebration, would you rather have family and friends donate to your favorite charity? Did you know that you can do the things you love AND raise funds for patients facing end-of-challenges? The National Hospice Foundation has made it easier than ever to help fundraisers create a successful event from start to finish and raise money for a worthwhile cause.

This step by step guide helps users from start to finish and even includes fundraising ideas for those who want to participate but are not sure what type of event to organize.

Learn more on the National Hospice Foundation website.
Posted by NHPCO at 3:48:00 PM No comments: