Only 1 in 10 people who need palliative care - that is medical care to relieve the pain, symptoms and stress of serious illness - is currently receiving it. This unmet need is mapped for the first time in the Global Atlas of Palliative Care at the End of Life, published jointly by the World Health Organization (WHO) and the Worldwide Palliative Care Alliance (WPCA).

Palliative care is more than just pain relief. It includes addressing the physical, psychosocial and emotional suffering of patients with serious advanced illnesses and supporting family members providing care to a loved one.
About one third of those needing palliative care suffer from cancer. Others have progressive illnesses affecting their heart, lung, liver, kidney, brain, or chronic, life-threatening diseases including HIV and drug-resistant tuberculosis.
It is estimated that every year more than 20 million patients need palliative care at the end of life. Some 6% of these are children. The number of people requiring this care rises to at least 40 million if all those that could benefit from palliative care at an earlier stage of their illness are included. Hospice and palliative care often encompasses some support to family members, which would more than double care needs.
In 2011, approximately 3 million patients received palliative care, the vast majority at the end of their life. Although most palliative care is provided in high-income countries, almost 80% of the global need for palliative care is in low- and middle-income countries. Only 20 countries worldwide have palliative care well integrated into their healthcare systems[1].
“The Atlas shows that the great majority of the global need of end-of-life care is associated with noncommunicable diseases such as cancer, heart disease, stroke and lung diseases,” says Dr Oleg Chestnov, WHO Assistant Director-General for Noncommunicable Diseases and Mental Health. “While we strengthen efforts to reduce the burden of the biggest killers in the world today, we must also alleviate the suffering of those with progressive illness who do not respond to curative treatment.”
The Atlas calls on all countries to include palliative care as an essential component to every modern healthcare system in their moves towards universal health coverage. This means addressing barriers such as:
1) lack of policies recognizing palliative care and the need for care both at the end of life and during progressive illnesses;


3) lack of knowledge of health care professionals, community volunteers and members of the public about the benefits of palliative care.


“Our efforts to expand palliative care need to focus on bringing relief of suffering and the benefits of palliative care to those with the least resources,” adds David Praill, Co-Chair of the WPCA. “This will take courage and creativity as we learn from each other how to integrate palliative care into existing but very limited healthcare systems.”


Last week, the Executive Board of WHO called on countries to strengthen palliative care and to integrate it into their healthcare systems. It is expected that the 67th World Health Assembly will discuss the subject in May 2014.


The importance of palliative care is being emphasized by the WHO Global Action Plan for the Prevention and Control of Noncommunicable Diseases 2013–2020 and the most recent WHO essential medicines list that includes a specific section on medicines for palliative care.


Download the Global Atlas for Palliative Care at the End of Life (PDF); or visit the WPCA website at http://www.thewpca.org/resources

Global Action Plan for the Prevention and Control of NCDs 2013-2020: http://www.who.int/nmh/events/ncd_action_plan/en/ 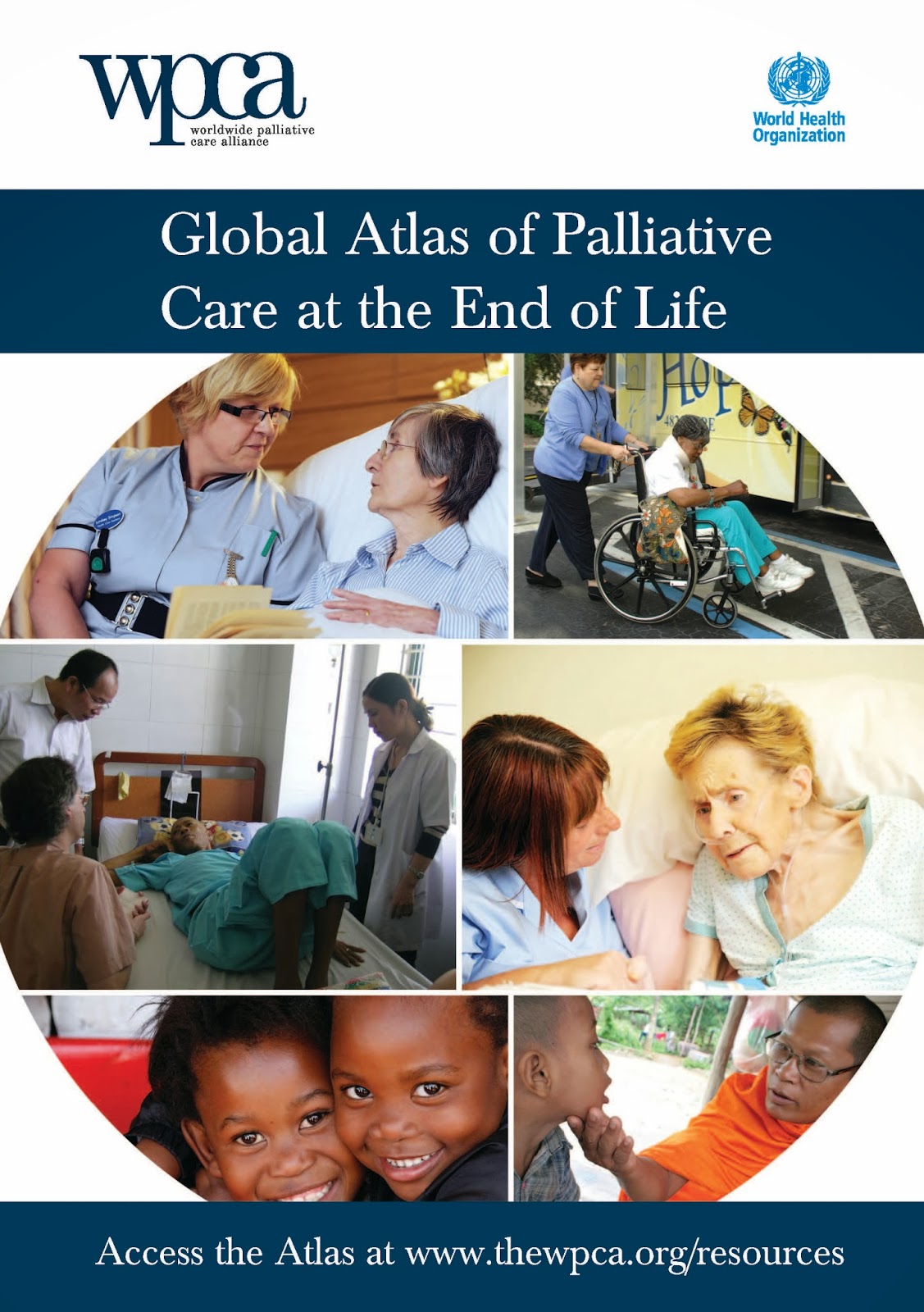