With the Presidential and Congressional elections now behind us and the new administration beginning to get to work, hospice and palliative care leaders must renew their focus on Capitol Hill and educate new and returning policymakers about end-of-life issues. The Hospice Action Network will host two important events on Capitol Hill in 2017, and we need the support and participation of all hospice advocates.

NHPCO will host Advocacy at MLC for conference participants on Wednesday, May 3. In the morning, MLC conference attendees will be briefed about the 115th Congress; the new administration; the changing health policy landscape; and NHPCO efforts to preserve, protect, and promote hospice and palliative care. In partnership with the Council of States, participants will take to Capitol Hill that afternoon to advocate in support of NHPCO’s legislative agenda. Register now at www.nhpco.org/mlc2017.

Be a part of the hospice community's strategic advocacy efforts in 2017.


NHPCO announced today that its board of directors has selected Edo Banach, JD, as the organization's next president and chief executive officer, effective February 22, 2017.  Banach will succeed J. Donald Schumacher, PsyD, who has led the organization since 2002.

Banach, currently, is a partner in the firm of Gallagher, Evelius & Jones in Baltimore, MD.  He previously was the Deputy Director of the Medicare-Medicaid Coordination Office at the Centers for Medicare & Medicaid Services and Associate General Counsel at the Visiting Nurse Service of New York.  Prior to that, Banach was the General Counsel at the Medicare Rights Center.

Banach holds a B.A. from Binghamton University and a J.D. from the University of Pennsylvania Law School. Prior to attending law school Banach worked for the New York City Department of Homeless Services and Mayor's Office of Operations.

“With the aging of the Baby-Boomers, our nation is experiencing an increase in the need for hospice and palliative care services. What began fifty years ago as a grassroots movement to better care for the dying is now an integral part of the U.S. healthcare landscape and the expansion of community-based palliative care services provides further opportunities to ensure we are providing the best possible care for those facing serious and life-limiting illness,” said Banach.
“Hospice in the 21st Century must combine the core hospice philosophy with a laser-like focus on quality and access to care.  Hospice and palliative care must always be focused on patient and caregiver needs, and must be compliant with all federal and state laws and rules. I am honored to join NHPCO at this important time, and look forward to working with NHPCO and its partners on building a better, fairer and more accessible healthcare system,” Banach remarked.

The selection of Banach as NHPCO’s new president and CEO caps a thorough and year-long search process utilizing a nationally recognized recruitment firm. See the full NHPCO press release.
Posted by NHPCO at 1:10:00 PM No comments:

Week one of the 115th Congress

They're baaaaaack!  The 115th Congress was sworn in this past Tuesday (01/03/17) and immediately started causing trouble. The first thing the House of Representatives did was take up a rules package that included a provision to gut the Office of Congressional Ethics. Following a campaign season that promised to “Drain the Swamp,” this was an interesting choice for a first vote.

Needless to say, social media erupted on Tuesday, and thousands of Americans overloaded the Capitol switchboard and servers to complain about the proposed rule. President-elect Trump turned up the heat when he tweeted, “With all that Congress has to work on, do they really have to make the weakening of the Independent Ethics Watchdog, as unfair as it.” Facing the mounting pressure, House Republicans scuttled the proposed rule change, promising to revisit it later, possibly in cooperation with House Democrats.

So why is this important to the hospice community? Well, if nothing else, it demonstrates the importance of paying close attention to the legislative process, and the power that voters can have when they organize and mobilize. In the years before the interwebs, this type of change likely would have slid by, unnoticed by most Americans. You have a voice, you have a mouse, and you have a platform – you can use them to great effect, especially for the hospice community.

So what else have we been up to? Well, the HAN team put out our  What to Expect in 2017 Policy Points Video, prognosticating on what we think will happen over the next few months. A good amount of speculation, but hopefully some good information for you to tuck away. Take the 7 minutes to listen – we think it’ll be worth your time.

We also recently sent a letter to President-elect Trump, introducing him to our community and our key policy priorities. It is a broad-brush overview, but we plan to dive in to the details with his team as they settle into their new positions over the coming months. You can read it here.

So that’s about it for now. Check back regularly, as we will be posting more about the Trump Administration as we near Inauguration Day and as he assumes the Presidency. 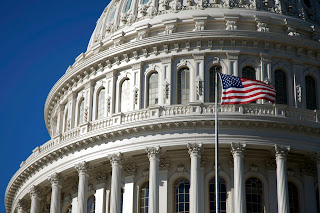 
NHPCO is proud to welcome Jan Jones, RN, BSN, as chair of the organization’s board of directors. President and CEO of The Elizabeth Hospice in Escondido, CA, Jones has previously served as NHPCO vice-chair and as a member of the board’s executive committee.

Jones is an active participant at the state and national levels of hospice and palliative care and government arenas and brings to the board a depth of experience in hospice and healthcare industry trends and regulations.

Joining Jones on the board’s executive committee are Gregory Wood, serving as vice-chair, of Hospice of the Ozarks in Mountain Home, AR; Regina Bodnar, secretary, of Carroll Hospice in Westminster, MD; and Michael McHale, treasurer, of Rainbow Hospice and Palliative Care in Mount Prospect, IL.

New members of the NHPCO board for 2017 are Sandra Huster of Covenant Care in Pensacola, FL; Norman McRae of Caris HealthCare in Knoxville, TN; and David Williams of VITAS Healthcare based in Cincinnati, OH.

NHPCO extends special thanks to the board members who concluded service in 2016: Rex Allen of Providence Hospice in Seattle, WA; Sharon Baxter of the Canadian Hospice Palliative Care Association; Betsy Clark of Saugerties, NY; Ron Fried from Covenant Care in Pensacola; Sandy Kuhlman from Hospice Services of Northwest Kansas in Phillipsburg, KS: Mark Murray of the Center for Hospice Care in South Bend, IN; and Linda Rock who concluded two years of service as board chair.

A list of NHPCO’s full board of directors is available in the “About NHPCO” section of the organization’s website.